The History of the Bank of Canada

This article provides a history of the Bank of Canada, and examines in detail three key events that have radically changed Canada’s fiscal position.

To begin with, the article presents the historical context of the Bank of Canada and why it was created. The key dates we examine are 1934, 1938, and finally, 1974.

It is important to note, that prior to the 1930s, Canada had no reason to create a central bank. At this time, the banking system in Canada had been comprised of several large private banks, many of which issued their own currency.

The banking system was sufficient and supplied the needs of Canadians up until the Great Depression in 1929.

This period of high unemployment and economic instability forced many Canadians to question the cause of the great depression.

Canadian Jerry McGeer – a popular advocate on monetary reform – claimed that the policies of the Canadian banks had been responsible for the effects Canada felt due to the great depression.

One of the reasons McGeer, and a vast majority of other Canadians, had held the banks responsible for the great depression had been because of the failure of the Finance Act in 1923. The act granted upon the Department of Finance the power to advance dominion notes (i.e. cash reserves) to banks upon pledge of securities. The Finance Act was originally created in order to protect Canadians from situations similar to the great depression, by allowing the Department of Finance to control the cash reserves of the Canadian banks.

With the failure of the act, many Canadians wanted something to protect them from the great depression.

In accordance with the majority of Canadians, the Prime Minister of the day Richard Bedford Bennett called for a Royal Commission in 1933 in order to determine the cause of the recession.

The Royal Commission has historically been used in Canada as a major public inquiry in order to investigate the issue that is under study. In this case, it was on matters of banking and finance.

Bennett steered the Royal Commission to examine the current banking system in Canada and Bennett also wanted the Commission to consider the arguments for and against a central bank.

When Bennett had issued for a Royal Commission on the matter, he said;

The organization and working of our entire banking and monetary system [and] to consider the arguments for or against a central banking institution.

And in the summer of 1933, the Royal Commission issued its report titled The Royal Commission on Banking and Currency in Canada which examined the arguments, as well as investigating the underlying causes of the great depression.

The Royal Commission recommended the creation of a Central Bank.

Not long after, Bennett followed the report’s recommendation and established the Bank of Canada Act in 1934. 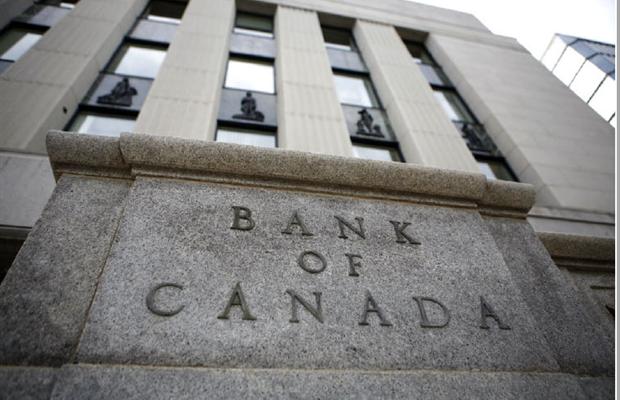 The creation of the Bank of Canada Act in 1934 proposed several key changes to the then banking policies.

Among the changes were;

The idea of a private Central bank however, was strongly opposed by several key individuals of the 1930s.

One of the key individuals to influence King’s decision to nationalize the BOC was his advisor Gerry McGeer, a major proponent for the nationalization of the central bank.

King’s decision to nationalize the BoC demonstrated remarkable foresight as he understood that the key to a stable and debt-free economy was to have government control of currency and credit.

It was Mackenzie King himself who had once said,

For many decades since 1938, the Bank of Canada provided near interest free loans to the Canadian government.

As a result of these loans, Canada had increasingly become prosperous and developed quite substantially, with the money created being used to build highways such as the McDonald-Cartier freeway, public transportation systems, subway lines, airports, the St. Lawrence Seaway, funding the universal healthcare system, and the Canadian Pension Plan.

The effects of King’s decision would last all the way until 1974, when the Trudeau government made the decision to halt the borrowing of money from the Bank of Canada, and instead, choosing to borrow from the private banks at compounded interest.

There are two major explanations why the Trudeau government decided to stop borrowing money from the Bank of Canada, and instead choosing to borrow from the private banks.

In the first explanation, the public  in the mid-1970s Canada was facing an oil crisis along with many of the other nations in the west.

In fact, the energy crisis that gripped Canada’s economy had much to do with the Oil and Petroleum Exporting Countries (OPEC) oil embargo. The OPEC’s oil embargo resulted in the quadrupling in the price of oil and the cost of this increase required Canadians to spend more of their income on energy.

In addressing the second explanation, the government borrowed from private banks based on the recommendations of the Basel Committee. The Basel Committee is an international think-tank type of organization that is composed of the central bank governors of the G-10 countries.

The Committee’s rationale had been that borrowing money from the central banks would create inflationary pressures and cause the value of the currency to drop.

Previous finance minister Paul Martin has agreed with the Basel Committee’s view of the Bank of Canada as a cause of inflation. During an interview in the documentary movie Oh Canada: Our Bought and Sold Out Land! Paul Martin claimed that printing interest-free money would “drive inflation through the roof”.

Regardless of which explanation is used, we can see clearly that Canada’s net debt rose significantly beginning in 1974.

It was at this time that the Government had borrowed from private banks. The growth of Canada’s national debt is indicated below.

From the graph, one can see that after 1975, Canadian federal debt grew for the next 12 years at more than 20 percent per year. Currently, Canada’s national debt stands over $1.1 trillion and taxpayers are forced to pay over $30 billion in interest on the debt every year.

Thus as one can see, the private banking system has been a prime facilitator in the indebtedness Canada is currently in.

It is inevitable, based on how the money system operates as indicated in Part 2 of the series, that more and more money will have to be spent to pay the interest of the net debt.

This leads to a situation where governments have less money to spend on education, infrastructure, and social programs and as a result, leads them to implement ineffective tax cuts and austerity measures in order to save money.

To address Canada’s economic health, many prominent academics have begun to speak up on the issue calling for monetary reform. We address these leaders in part 4.

Part 2 – How the Monetary System Works

Part 4 – The Dangers of Usury in the Banking System

Part 6 – The Loss of Canadian Sovereignty

Part 8 – The Movement for Monetary Reform

Part 9 – A Review of the Fiat Money System

Part 13 – A Review of the Social Credit Money System

Part 18 – Economic Recovery at the End of the Road